Home
Everything Entrepreneur
5 Things I Learned Hiking to Escape Valium 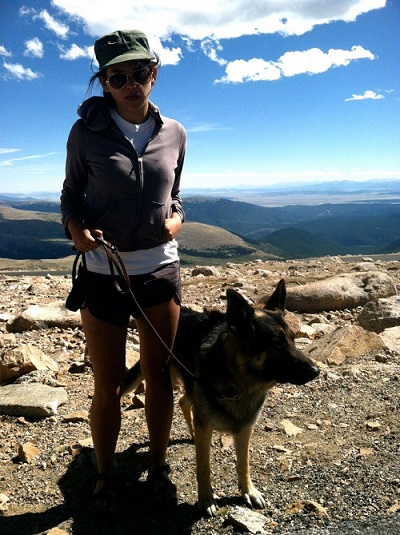 I was prescribed valium for what started out as legitimate reasons: anxiety from a high-stress job, and having to travel a lot. Unless you’re superhuman—or at least a better person than me—the stuff is great.

Too great. So spectacular that I was soon popping the round yellow pills daily, then multiple times a day. Finally, I started chewing the valium to make its soothing bliss hit my system faster. Reality went a dull shade of grey and I was left with worse anxiety on days I tried not to take any.

Eventually, I found myself taking valium to even check my e-mail. At work, I got slower and sloppier and eventually I found myself quitting my job with a shrug so as not to get fired. After that, the empty days slid by, panic creeping in around the edges but kept in check by the little bottle next to my bed.

My boyfriend took over paying rent with a stormy look on his face, but I didn’t much care about that either. Shortly after that awkward conversation, I was stumbling around the bathroom and dropped my bottle.

The round yellow pills went everywhere and this time I panicked for real. I found myself sobbing on the floor, trying to brush the dog hair off each one and making sure I didn’t miss any. I was so angry that the pill dust at the bottom of the bottle—a precious commodity—was gone.

To make a long story short, I had a realization followed by an idea. I put my stuff in storage. Being a Colorado girl, I already had most of the gear I’d need, and I stocked up on as much cheap noodles and rice that I could afford, and I packed it all into boxes and sent them to be picked up in small towns along the way.

Add some batteries and new long underwear, and I was ready to go. The Colorado trail, a 585 mile path that roughly follows the Continental divide, was waiting for me. Here are five important lessons I learned during what happened next.

Number One – You Can’t Outrun Detox

Although I’d self-tapered off the pills, I had been warned that full detox could take months. Despite the fact that I’d stopped caring about my physical fitness or eating and had shrunk into a waif of a human, I wasn’t concerned about the physical demands of the trail or the physical effects of the detox.

I figured I’d be too busy to notice, what with the 15-25 miles of hiking required each day for me to stay on schedule with food and water rations.

Somehow, though, at the end of a 20-mile day when my feet were so swollen I could barely get them out of my boots, and my muscles so tired I could barely set up the tent, waves of irrational fear would still sweep across me like cold wind.

My emotions were like raw skin after a bad fall on asphalt, and the slightest provocation would grate across my brain like salt in the wounds. At first, most nights were spent in tossing and turning in my mummy bag, exhausted and hyperalert.

Sometimes, while I was hiking, horrible leg cramps would twist like electricity up my legs, causing me to pitch over. In retrospect, the only good thing about finishing my detox in the woods was that I could howl at the top of my lungs without anyone placing me on a 72-hour psychiatric hold.

Number Two – Just Because You Want it to be True, Doesn’t Make it True

One day, the only water for miles was a swampy spring in a saddle between two peaks. It was hardly idllic; it was swarming with mosquitos and surrounded by a forest of dead trees. I ignored the map and pushed forward, trying to get past the beetle-killed pines and find a meadow or something.

Eventually it was getting dark, there was no goddamn water, and—quelle surprise!—I had to turn around. It was dark by the time I got back to the swamp, and the only safe place, considering all the dead trees, was a bear’s living room.

You can tell by the claw marks on the trees. He came back later and fortunately, I was able to scare him off with the strobe on my headlamp and some more howling.

This is a life lesson, I remember thinking. I can’t tell myself it’s OK take drugs anymore, ever again. I may not want to be an addict, and I may want to sleep in the friggin’ meadow, but that’s not reality. If I keep taking pills, the bear will come back.

The Colorado trail has as much elevation gain and loss as Mount Everest. After several weeks of climbing and cramping with what seemed like a perpetual calorie deficit, I was sleek and muscular.

The rawness of life post-valium life was starting to ease up. Unfortunately, it was replaced with a chorus of trauma and mistakes from my past that started sounding loudly in my head; all the things I’d forgotten in the warm glow of benzodiazepines.

I gritted my teeth and fought back with a new kind of anger, something primal, something that drove me to push my body to its limits.

Even with my 40-pound pack, I started leaving day hikers in the dust. Before I knew it, my legs could eat up 15 miles before lunch. The demons were pulling me up the mountains like I had a whole goddamn team of dogs hitched to me.

When you’re an addict, what Freud called our “death drive” is hyper-activated and the end is always edging closer.

Valium made me so indifferent I could have easily overdosed and ended it—I just didn’t care either way. In the woods, I was always fighting for some element of survival.

I fought to get enough food into my body (you carry more food, you burn more calories), to stay warm or cool or dry, to keep protected from the brutal high-altitude UV rays.

The constant danger of dehydrated loomed in the background. As I was wracked with hunger or thirst or pain, it was like I woke up inside my own body for the first time in years.

I developed a new love and appreciation for my physical capabilities, and by extension my physical frailty. Surrounded by jaw-dropping beauty, responsible for nothing but myself and my dog, removed from the outside world, I was free instead of numb. It sounds cheesy, but I felt alive! I was acutely aware of everything I would have missed if I’d taken a few too many pills and slid under forever.

The freaking doctors were right: I felt the effects of the detox for months. Although the trail was difficult, it was the perfect place to start healing my body and brain.

Sweating up and down mountains was predictable—I could count off the miles and know exactly where I’d cross the next river.

With my addiction, it had been different. The pills made my emotions volatile and uncontrollable. There were so many times that if I hadn’t been in the woods, I probably would have gone downtown and bought pills off the street, just to get some relief from the tendrils of rage or panic that would wrap around my throat at the most random times.

As I put miles between myself and the past, I thought the cravings would fade away. The reality is that it took years of hard work to overcome the powerful effects of valium; even today I still wish I had a bottle of the stuff in my bedside drawer.

The terror of what it was like not to care at all about anything keeps me honest, not to mention the memory of screaming panic attacks, dry-heaving into my hands, or those cramps twisting up my legs. At the end of the day, I would rather climb Mount Everest than go through that pain again. 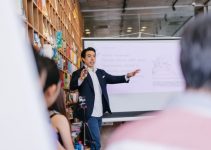