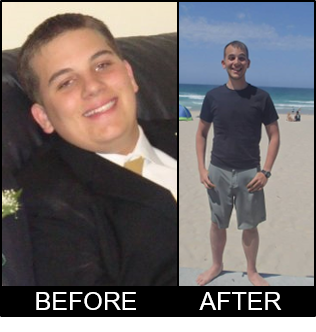 I have an interesting relationship with Intermittent Fasting (IF). My initial journey into this diet happened on accident, thanks to a limited income and unfortunately deciding that beer and cigarettes were worth more than a balanced diet.

I wouldn’t even find out it was called intermittent fasting until my second attempt several years later, long after I ditched alcohol and tobacco. Despite trying many other diets, it was IF that helped me shed over 100 lbs and turn around a disastrous lifestyle that would’ve no doubt sent me to an early grave.

IF felt weird at first and there was a heavy learning curve to make the adjustments necessary to maintain it. Here are some insights to help alleviate the process of starting intermittent fasting:

One – The adjustment period is painful, but it is temporary

I remember headaches, trouble concentrating, and just generally feeling like roadkill for the first week of transitioning to IF. This is the ominous adjustment period and can cause those who try IF to abandon the plan before the benefits start kicking in.

We’re creatures of habit and habits are hard to break. Understand while trying IF that this phase is largely temporary.

Once I established my new routine of ending each fasting period with a workout and a nutritious, calorie-dense meal, all of these symptoms faded.

To make the adjustment period easier, try adding very small portions of fruit or vegetables into your fasting period until your body is ready to fully commit to IF.

Two – Both daily and weekly fasting schedules are surprisingly achievable

So achievable that, as mentioned earlier, my introduction to Intermittent Fasting was entirely on accident. At the time, I was working as a cook and caterer at a local university’s arena.

What the job lacked in benefits and stability it provided in the form of free meals on shift. I, barely making by in the Orlando area at the time, took full advantage of this luxury every shift. This meant cramming 2200+ calories into a half-hour break.

So six days a week, I was taking in 95% of my calories within a one-hour window. When I tried IF intentionally a few years later, I decided to go with a weekly fasting schedule (fasting two to three days a week) instead of the standard daily schedule (fasting for 20 or more hours per day).

Once again, after the aforementioned adjustment period, I started shedding weight and pushing myself farther at the gym. This is my favorite benefit of an IF diet; I still went to cookouts with friends and I still ate most of my favorite foods. Speaking of food-

Three – Feeling full sometimes makes up for feeling hungry most of the time.

One problem with most of my other dieting attempts is that I just wasn’t happy being hungry all day. Controlling every portion led to small plate sizes that never really filled me up.

But on IF, I was able to feel full and satisfied once per day. I can’t overstate the impact this had on the most important part of maintaining a diet; morale.

That daily meal, especially on gym days, tasted like God’s personalized menu for me. I didn’t even want chips or cookies or other junk food; at the end of a fast I was craving lean protein and fibrous vegetables.

The side benefit is that it made calorie counting unnecessary most days. There’s only so many calories you can eat in an hour or two that are made of healthy foods.

Numbers don’t lie. I lost 50 lbs my first ‘attempt’ at IF without any significant change to my lifestyle. I was still drinking, I was still eating like crap, and I still wasn’t exercising, but I made up for that by eating less calories overall than I was before I started.

The impact was magnitudes more profound when I came back to IF after starting to take care of myself. I quit drinking, I was eating large, healthy meals, and my weight plummeted while I built my physical fitness.

I don’t know what my heaviest weight was; I avoided scales after the numbers started beginning with a three. At the peak of my journey, my resting weight was in the low 200’s and I could regularly cut to below 190 for physical tests and events. Even when my exercise schedule tapered off (thanks to a lower back injury), I was able to keep most of the weight off. Despite all that-

No diet is some panacea towards a healthy, fitness oriented lifestyle. I can attribute a large amount of weight loss success to IF. I unknowingly used it to reach the weight limit to join the U.S. Army and then knowingly used it when I started actually caring about my health and fitness.

While I did lose a lot of weight during my first attempt, I never felt like I was actually ‘in shape’. I was barely able to do a pushup, let alone a pullup, and my one mile run time was over 10 minutes.

Yet, after a few months of my second attempt with IF, I was in the best shape of my life. What changed? Pretty much everything but the concept of selectively choosing to not eat during certain time periods.

I quit drinking and smoking. I was exercising six days a week. Most importantly, I was mindful of exactly what I was putting into my body. I started working out several times per week and incorporating the best preworkout nutrition prior to exercising for an additional energy boost. I did a mixture of resistance training, cardio, and yoga to help burn extra fat and lower stress levels.

IF is a method of restricting calories, nothing more, nothing less. It is a tool that helps you achieve a healthy life, and a rather effective one when paired with exercise.

If you’re on the fence about jumping into IF, I recommend giving it a shot. Intermittent fasting is better than any brand name or fad diet, it’s a style of eating that can stick with you for the rest of your life.