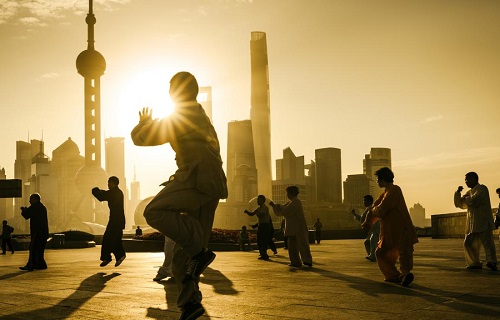 He who stands of tiptoe is not steady.
He who strides cannot maintain the pace. – Tao Te Ching

We’ve all heard the cliché, “have a drink and take the edge off.” But I can take drinking too far. I’ve struggled with alcohol since I was 15. Drinking helped me to escape what seemed to be a prison of my home life.

My drinking pattern continued into college and later into my work life. The relaxation effect of alcohol may have given me temporary relief, but led to behaviors that I later regretted such as non-conscious sexual relations, driving under the influence or acting out in a work situation. Not to mention the hangover effect, with sadness, headaches and stomachaches to follow.

Now, I’m looking to new solutions to get my needs met and one of them, tai chi, has helped with my sobriety. Here’ the Top 5 Ways Tai Chi Can Get and Keep You Sober:

Tai chi has been called meditation in motion or even “medication in motion” by Harvard’s Women’s Health Watch for the multiple benefits that this simple practice can provide.

According to Harvard’s Medical School, scientists have found that meditation influences the brain’s emotion center and brain activity and over time, even the brain’s structure, enabling you to better manage stress and handle negative emotions such as fear, anger and depression.

Tai chi is a gentle, low-impact exercise that can be practiced alone, in nature, or in community. Practicing tai chi in my living room today, I was impressed with how the choreographed motions or forms, mimic nature (hug the tree, hold the moon were two such instructions).

Tai chi delivers the same kind of serenity I find when listening to the wind in the trees or strolling in nature, and with that inner peace, I feel less of a need to drink.

(3) May the Force of Tai Chi Be With You

Yield and overcome;
Bend and be straight. – Tao Te Ching

Though some tai chi forms reflect an observation of nature such as the White Crane Spreads Its Wings, or Wave Hands Like Clouds, others reflect its origin as a martial art such as strike the opponents’ ears with both fists!

I began practicing tai chi 25 years ago while in Japan. I didn’t realize that it was a martial art until I returned to the U.S., and to my boyfriend, who loved to tickle me and in a playful way, dominate me.

When he went in for the attack, my body naturally responded, using the first few, basic moves of tai chi to gently, yet clearly block his tickling fingers! He was surprised as I was but it was then that I realized that tai chi practice had increased my personal power.

Part of drinking can originate from a deep sense of insecurity and loneliness. Having a daily spiritual and physical practice like tai chi grounds and centers me, making me less likely to look for approval in others and less likely to enter into codependent relationships.

Tai chi has its roots in traditional Chinese medicine. At the heart of this philosophy is qi (also known as chi), the force that makes up and binds together all things in the universe. Tai chi supports the flow of qi through a continuous flowing movement that allows qi to flow through your body.

By practicing tai chi, you can clear your meridian lines and prevent the buildup up of physical and emotional stress, thereby deterring the need to drink.

(5) Empathy and Self Esteem without the Alcohol

I’ve been called an empath and a highly sensitive person. I feel things deeply, and often, I pick up on the feelings of my friends, family and colleagues. I’m also an intuitive and people can find me to be odd, eccentric and just plain different.

Alcohol has been called the great social lubricant as it boosts our dopamine levels and creates that “warm fuzzy feeling” while inhibiting feelings of anxiety and fear, thereby helping to ease social interactions.

I’ve certainly over indulged in alcohol as a way to connect with my peers. But this kind of interaction has led to upsets, fights and breakdowns in my relationships. It is too high of a price to pay.

Tai chi is based on the Taoist philosophy of the Tao Te Ching, or the “Way.” Through the understanding of this principle, we can resolve the contradictions and divisions in our psyche. Like the yin yang symbol, embracing our light and our dark can lead to a personal acceptance of ourself and of others, lessening the need to get buzzed to connect with people and create a false sense of belonging.

Practicing tai chi, even for 5 minutes a day, can bring multiple benefits. Try it for 100 days – the amount of time it takes to form a habit – and see if you can replace your drinking habit with the habit of tai chi. May the “Way” be with you!

Returning is the movement of the Way. – Tao Te Ching 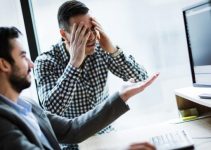 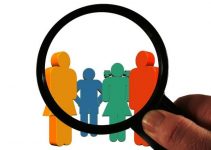