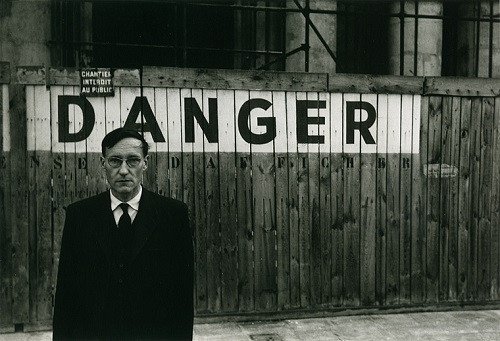 The archetype of the hard-drinking writer did not come about by chance: there are many examples of great writers who were known to drink to excess.

While this myth is sometimes romanticized— or alcohol is even given some of the credit for their literary genius—much more frequently these gifted writers were able to create in spite of, not because of, booze.

For the 5 writers below, the bottle wreaked havoc on their personal lives, and contributed to untimely deaths. 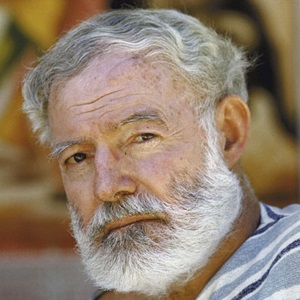 Ernest Hemingway, known for his short, punchy sentences, drank from the time he was 15 years old. In his stories and correspondence, he described booze as a source of pleasure and relief from daily drudgery.

He explained in a letter to a fellow writer: “Modern life…is often a mechanical oppression, and liquor is the only mechanical relief.” In The Sun Also Rises he wrote, “I drink to make other people more interesting”—something anyone who has attended an office happy hour can surely relate to!

Though famed for his hard-drinking ways, the great American novelist claimed never to imbibe while he was writing, debunking the myth of the drunken genius.

As alcohol increasingly took a toll on his health, and doctors and his then-wife begged him to stop, Hemingway persisted with his prodigious drinking.

His books and biographers suggest that he used drinking, as so many do, as an escape from pain—from physical ailments, as well as the emotional aftermath of his wartime experiences, three failed marriages, and a family history of mental illness (his father and two siblings killed themselves.)

After a period of depression culminating in electrical shock treatments, Hemingway too took his own life, by shooting himself in the head at the age of 61. 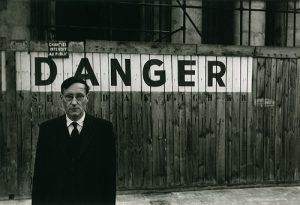 A leading figure of the Beat Generation, William S. Burroughs is an acclaimed author and artist. His first novel, Junkie: Confessions of an Unredeemed Drug Addict was largely autobiographical, describing his experiences as a heroin addict.

He had a turbulent marriage to a fellow addict, Joan Vollmer, which ended in tragedy in 1951.  While both were heavily drinking heavily at a bar in Mexico City, Burroughs suggested they perform their “William Tell act,” and she obliged by placing a glass atop her head. Burroughs took out a gun and shot, missing the glass and killing her on the spot.

While he later claimed that the gun had went off accidentally, he was convicted of homicide and fled to the US. The tragedy no doubt haunted him for the rest of his life. 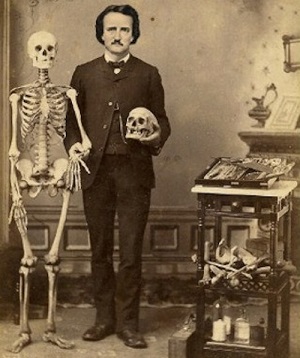 Often called the “master of the macabre,” Edgar Allan Poe is celebrated for his unsettling, and psychologically astute, stories and poems.

He was no stranger to hardship, including abandonment by his father, the death of his mother when he was just 2 years old, and the early death of his beloved wife, Virginia.

Poe may have used alcohol to cope with these losses, but booze did not agree with him.  He was reported to be what we would now call a lightweight: even a small amount of alcohol had a profound effect on him. It quickly made him obnoxious and physically ill.

His drinking patterns are familiar to many who have struggled with addiction: bouts of excessive imbibing and illness, followed by swearing off the stuff forever—only to succumb to its lure once again.

Poe’s periods of abstinence sometimes lasted months or years, but he relapsed repeatedly. Perhaps fittingly for the man widely credited with inventing the detective story, his death remains a mystery.

At the age of 40, he was found roaming the streets of Baltimore, delirious; he died shortly after arriving at the hospital. While the cause of death is unknown, many have theorized that it was related to alcohol consumption. 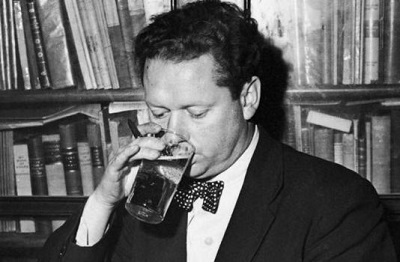 Welsh poet Dylan Thomas, famous for his poem “Do not go gentle into that good night,” unfortunately followed his own advice.

Rather than dying peacefully, he died in the aftermath of an epic drinking binge at one of his favorite haunts, the White Horse Saloon in NYC. While Thomas went into a coma after bragging of drinking eighteen whiskies—and died shortly after, at the age of only 39—both the drink count and the idea that he died of alcohol poisoning has been called into question.

Thomas was suffering from pneumonia and under the dubious ‘care’ of a shady doctor, agent, and mistress. Regardless of the exact cause of death, his drinking habits no doubt exacerbated his health problems and the volatility of his marriage to a fellow alcoholic. 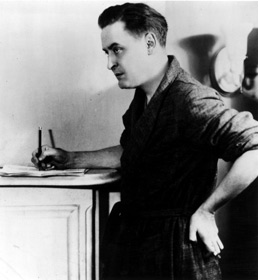 Scott Fitzgerald, the novelist who created the decadent parties and internal strife of The Great Gatsby, was himself no stranger to either.

Alcoholism ran in his family, and by college he was a heavy drinker. This habit often led to reckless and embarrassing behavior, followed by black-outs. In his 30s, he was hospitalized and jailed several times for drinking-related reasons.

He got sober for periods of time, but—plagued by cravings, professional failure, and unwillingness to seek help—always eventually relapsed.

His over-indulgence took a heavy toll on his health, and he died of a heart attack at age 44. Fellow writer (and drinker) Dorothy Parker is reported to have quoted a line from his greatest work at his funeral: “The poor son of a bitch.” 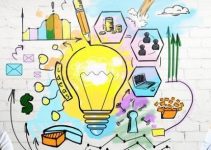 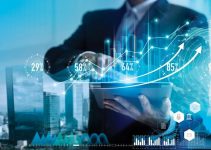