Home
Everything Entrepreneur
Understanding Structured Settlements: What Does the Process Look Like?

Over 6,000 hospitals across the country serve millions of people flowing in and out of their doors after facing catastrophic illness or injury. Many of those suffering from trials find themselves doing so as a direct result of a separate party’s actions.

In these cases, lawsuits may get filed and the result, sometimes, is structured settlements.

For those of you that are wanting to have those lawsuit payout questions answered, keep reading. Below, our team breaks down everything you need to know about structured settlements!

Before a conversation around structured settlements takes place, an unfortunate event unfolds for a victim. These events vary but usually come about via a vehicle accident, a fall, or other unsafe conditions encountered at a workplace or a business.

If the fallout from an injury is going to have a financial impact on a victim’s life, they may feel the need to pursue their right to compensation. That results in a lawsuit.

While not always the case once a lawsuit gets filed, most clear-headed victims will immediately contact an injury attorney to help them pursue compensation. When this happens, that attorney will get into contact with the opposition’s attorney or insurance company. They’ll then describe the issue, make clear what compensation expectations are, and negotiate from there.

Negotiation timetables can vary. The longer negotiations take, the more likely it is that your case will go to trial which is almost always something both parties try to avoid.

Several possibilities can come out of compensation negotiations. Still, structured settlements tend to come up more often than not. Structured settlements are a series of payments that opposing parties agree to arrange on your behalf which pays out over a period of time.

The dollar amount of those payments and the amount of time over which you’ll receive them will be in line with the degree of injury a victim has suffered and the negotiation skills of their attorney.

An Insurance Company Is Brought Into the Mix

Many people don’t know this but when structured settlements are agreed to and paid out, payments come from a third party, not the opposing party. This third party is usually a life insurance company.

There’s a reason why life insurance companies get involved in the structured settlements process. They offer more stability in their ability to pay out over long periods of time (for example, 50 years). After all, an individual that’s being sued could very well choose to disappear 5 years or so into their payment arrangement.

Settlements getting paid out by insurance companies are also, themselves, insured! That provides an additional layer of support should an insurer go defunct over the period of time a victim is collecting their entitlements.

With a settlement agreement reached, first payments should start arriving. They’ll come in the mail or via direct deposit in a victim’s account. These payments may also include a lump sum amount up front that will be used to pay attorney’s fees.

Thereafter, a monthly, consistent sum of money will get sent through in perpetuity. Quarterly or annual payments might also be ordered as part of whatever final agreement attorneys came to.

Fluctuation Due to Interest

Cost of living goes up due to inflation at a continuous rate. That means that a $1000 per month settlement for life, may be worth only half of that 25 years from now.

To insulate against inflation, structured settlements tend to accrue interest and may grow as a result over time. Growth is slow, much like inflation, so don’t expect any growth of your payments to exceed 2% to 3% per year.

Let’s say that, for whatever reason, your settlement does not include a clause that would entitle you to interest-driven growth. You’ll want to talk to your attorney about that detail. That last thing you want is for your settlement dollars to lose purchase power as time goes on.

Victims May Sell Their Settlement

It’s becoming increasingly common that settlement recipients will go to other qualified buyers to sell their settlements. This sale is done to receive a single lump-sum payment rather than small payments over a period of time.

Selling settlements gives victims access to immense amounts of cash, quickly. As a drawback though, selling settlements ruins paced payments that could have insured a victim’s long-term stability. Furthermore, anybody that buys your settlement will do so at a discount so they can turn a profit.

All settlement sales need to get approved by a court before being conducted, even if all involved parties consent.

You Now Know the Ins and Outs of Structured Settlements

At the end of the day, your best resource when it comes to understanding the ins and outs of your settlement is your attorney. Make sure you keep them close as you move through your process of earning settlement dollars. Be vocal if an aspect of the deal that’s being pursued doesn’t make sense to you.

Do you want more topical information on structured settlement loans, injury cases, and more? If so, explore additional content on our blog relating to lawsuits, insurance, and payments. 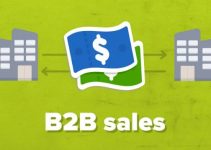