Ruby on Rails (RoR) is an excellent framework to learn about, not only because it is a great web application framework, but also because it has a large and helpful community. In fact, you can most likely learn how to use Rails in many ways, just by searching the web or free videos.

With this text we will look for the best excuses and advice for developers to take this method into account and thus achieve a successful ruby ​​on rails development Company.

The first step to start creating projects with RoR is knowing how to code in Ruby, an accessible programming language very similar to Python, for example, interesting for creating simple and flexible applications, with a large number of libraries.

Let’s talk about the main general characteristics of this development framework with what, we believe, can help you to define yourself by this method:

– RoR is a framework based on agile methodologies. It is a perfect example of how a frame improves productivity. In fact, Ruby on Rails could be defined as the agile framework par excellence.

– It is a development framework that is easy to learn. To handle Ruby on Rails it is necessary to have some knowledge of PHP. If you master this language, widely used for digital projects of all kinds, learning this tool becomes child’s play.

– Allows rapid development of web applications. Economic use of the code for the programming of projects. – It has numerous libraries that facilitate the work of configuring the development framework itself. This allows development to focus more on the needs of the application.

– As an MVC development framework, Ruby on Rails is a tool that controls server resources well. This avoids errors that end up negatively affecting the performance of the project.

For developers we can also talk about the following gems (tools), which can be more than interesting for working with RoR:

Devise. It is used to introduce an authentication system in any web application. It is one of the gems with the best reception in the community.

– Omniauth. This Ruby on Rails gem allows you to enter a login system, but through networks such as Facebook or Twitter.

– Kaminari. This gem, developed by Akira Matsuda, allows the pagination of objects in a simple and especially visual way. In addition, you have the possibility of applying different templates to modify the default pagination type.

– Paperclip. A very interesting gem for digital developments because it makes it easy to add images, with the possibility of modifying key elements in these files such as format or size.

– FriendlyId. This tool facilitates the construction of friendly urls, an important element for organic positioning in editorial projects.

In the end, it is not about imposing rules on what a developer can or cannot do with their work, however, what we want is to leave the tools with the best options on the board so that, in the end, the best decision is made in your activities. Use all of the tools of the trade when you are an RoR developer to get the best results! 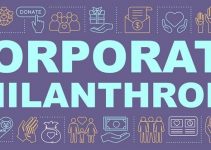 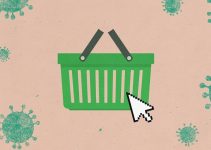 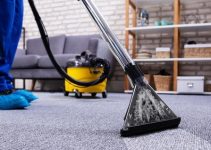