Home
Everything Entrepreneur
Venture Capital Trends And SEC vs SPAC

The VC scene is getting extreme and impacting trading firms along with startups. Deals, exits, funds—US VC’s records for value are going to get even bigger later this year. The first half of 2021 in the US venture capital market were characterized by an almost unbelievable pace of activity across deal-making, exits and fundraising. And after setting new records for value across all three of these categories in the pandemic year of 2020, it’s almost assured that they will all be broken again in 2021, and this time by a large margin. The exit market has been the standout in the first six months, as it has already set an annual record for exit value in just half a year. The continued story with exits revolves around the wide-open IPO window allowing the growing population of unicorns to find liquidity. More than 120 public listings closed in H1, a pace that would rival the totals from 1999 and 2000 if sustained.

Outlier deals are also always important to remember here, as the direct listings of Coinbase and Roblox make up over $120 billion of the total $372 billion in exit value. The dealmaking side of the market has also been flush with cash, as capital investment has spiked across all stages with particular strength in the late stage. Nontraditional investors have built upon their entrenchment during 2020 with increased activity, driving the mega-deal market to a new all-time record of 385 rounds of $100 million or more.

The rising tides haven’t been confined to the late stage, however, with ever-larger deals cascading through the entire venture life cycle. Venture capital investment firms have matched the elevated activity by heading out into the market to raise new funds—and at an equally impressive rate. Given the mark set in the first six months, 2021 will likely be the first year in which US VCs raised at least $100 billion. The VC flywheel is spinning faster than ever, as proceeds from today’s exits become tomorrow’s funds and next year’s unicorns. And there aren’t many signs of it stopping anytime soon.

Senior VC analyst Cameron Stanfill weighs in on the SEC charging space tech company Momentus, its SPAC sponsor and others with defrauding investors: “Changing SEC rules regarding SPAC disclosures remain one of the largest existential threats to the longevity of the SPAC market. “While there haven’t been any official rule changes, the recent SEC enforcement on misleading statements around the deal between Stable Road Acquisition and Momentus will likely not be the last of these charges brought in relation to SPAC acquisitions. “The SPAC sponsor incentives around getting a deal completed and the general speed of the SPAC acquisition process does bring some concern around compressed due diligence timelines, but we expect that the vast majority of SPAC acquisitions in the last year have been completed in good faith.

“We believe SPAC IPO activity will continue going forward, although at less of a frenetic pace than we saw during the first quarter of 2021, as we believe SPAC sponsors will continue to adapt. “Additionally, given the massive amount of SPACs searching for targets, new acquisitions should continue to flow without too much interruption from this negative outcome with Momentus.”

Mobility tech analyst Asad Hussain offers his thoughts on the venture capital and tech industry implications of the EU’s new plan to address climate change: “Europe’s green policies are significantly incentivizing innovation in transportation, leading to a surge in VC investment in the space. “In the first half of 2021, a record $9.5 billion in venture capital was invested in European mobility startups.

“Major deals in 2021 include battery maker Northvolt’s $2.75 billion Series E, electric air taxi developer Volocopter’s $242 million Series D and self-driving truck manufacturer Einride’s $110 million Series B. “Innovations in technology will be key to decarbonizing transportation and enabling the shift to electric. “We believe venture capital will play a key role in financing and fueling the growth of the sector going forward.”

Aurora’s recent SPAC deal has put the spotlight back on autonomous trucking software programs. “With robotaxis, you have to create the demand. But with the trucks, the demand is there,” says analyst Asad Hussain. First, it was SoftBank. Recently, it’s also been Tiger Global. Analyst Kyle Stanford comments on the motivations driving big money into venture. And exactly how much US private equity money is being deployed in Greater China in our current geopolitical climate in the new economy? Will the United States venture capitalists invest in American entrepreneurs or Chinese corporations? Only time will tell with new political and economic changes between the US, China, and other related nations.

Reinventing Meat Lab-grown protein is cultivating investor interest and innovation. Cultivated meat startups really began to proliferate several years ago—and VC funding followed soon after. Investor interest continues today, with this year having already obliterated the annual record for capital invested worldwide. But not everything in the industry is ready to order, as costs are high and major regulatory hurdles exist. Our latest analyst note explores the science, history and business of cultivated protein as it continues to transform the world of food and agriculture. What you’ll get in the report is an updated market map across categories like protein producers and upstream suppliers. Insight into how cultivated proteins are made, and why hybrids with plant-based proteins may be important for helping others and the environment. Analysis into core market drivers and opportunities, along with the challenges standing in the way of widespread adoption and scale.

Robinhood is preparing for an initial public offering of their own, and they want you to buy HOOD shares on Robinhood. But for now, available on Robinhood.com is Outbrain Inc. (OB) planing to go public. You can now find OB in the IPO Access list and review the prospectus if you are interested in becoming an initial investor. IPOs can be risky and speculative investments, and may not be appropriate for every investor. There is no guarantee that requests for IPO shares will be fulfilled. All IPO requests are subject to availability – requests are filled randomly the morning of OB’s IPO. Learn more about our allocation process on Robinhood.com. And in advance of Roinbhood ($HOOD) becoming a publicly traded company with an impending initial public offering, they are excited to invite you to their live IPO Roadshow coming up. This livestream event will feature a presentation from CEO Vlad Tenev and other leaders of Robinhood, followed by a Q&A where they will answer your top questions. Want a chance to have your question answered live? If your question is selected, you will hear it answered live during the event. The roadshow won’t be available for playback later so make sure to sign up to learn and earn!

After a successful 2020 $1 Million Bitcoin [BTC] Giveaway Initiative, Draper Goren Holm, a Blockchain Venture Studio co-owned by billionaire Tim Draper and Sponsors are doubling down on their pledges in 2021 through the largest Bitcoin & Ethereum [ETH] Give-Back Initiative to encourage newcomers from Global Blog Network Outreach of Crypto Enthusiast to get involved with the Los Angeles Blockchain Summit 2021. This is an initiative that promotes responsible crypto investing and mass-adoption of cryptocurrencies and blockchain technologies. Initially this event was to be held only in the Los Angeles Convention Center, the two-day event will now be held virtually and in the LA Convention Center on November 2-3 in 2021.

What consequences will come from this flood of capital into the US venture market? How will future returns be impacted? When will nontraditional investors pull back on their activity? What role will retail investors, cryptocurrencies, inflation, and new exchanges play on the VC market? Only time will tell! 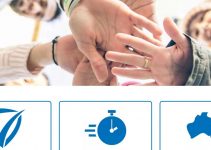 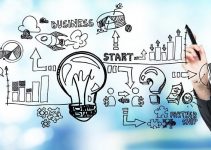