Home
Everything Entrepreneur
Very Bad Breakup to Poetry in Paris: A Journey to Re-Find Myself 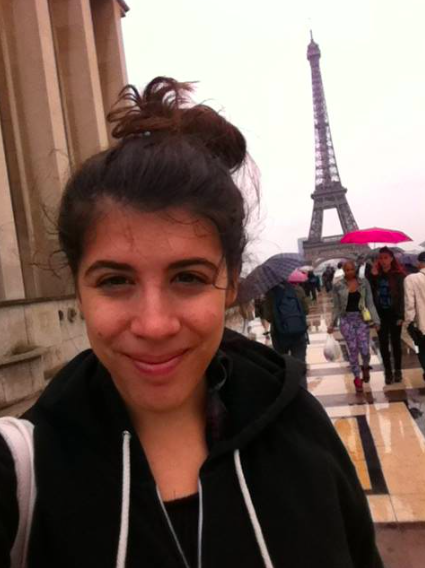 When I was younger, I always had a plan for how my life was going to play out. I was going to go to college and get my degree, fall in love, get married, have kids, and find a career that I was truly passionate about.

I would be a writer, spending my days lounging at my desk with a cup of coffee, spilling my heart onto the page. Of course, all of this would be done by the time I was 30.

It’s funny to look back on life and compare my optimistic views of my youth to the reality of today. But when I was in college, I thought that I was on my way to those goals. Maybe I had fallen slightly off-course, but who hadn’t?

As a sophomore in college, I experienced an act of violence against myself which tinged the remainder of my college experience. Rather than discuss it with others, or head to therapy, I chose to self-medicate.

My boyfriend, at the time, was largely interested in drugs. While I was less inclined to partake in passing around a bowl of marijuana or dropping acid on a Saturday night, I would hang out with him and his group of friends, drinking.

Tequila was my medication of choice; it soothed my soul. Throughout college, I indulged in shots of Fireball at 5:00pm, or day-drank for holidays.

Upon reaching my senior year of college, as my graduation date loomed on the horizon, I realized that I had a problem.

I slowed down on the drinking, while still refusing to acknowledge the events that led up to that point. My job situation crumbled around me.

My relationship had abruptly become long distance, something which I greatly struggled with. There wasn’t enough support, and I wanted my relationship to help be a bastion fortifying me against everything that life was throwing at me.

In the midst of my depression, I had stopped writing. The words didn’t flow for me anymore. Sometimes I would sit on my bathroom floor crying, my notebook in one hand and a pen in the other.

Somewhere in the waves of alcohol, I had lost my voice. So I became needy, probably too heavily reliant on my boyfriend.

Despite it all, I was shocked when he drove to visit me one Saturday; upon walking into my apartment, he told me that he loved me – but he wanted to date other people. All the clichés were present – “It’s not you, it’s me. I’m just not ready to date seriously right now.”

The breakup lasted for weeks. He was my first love and it broke my heart as he dropped me off at the bar after our breakup, muttering under his breath, “Maybe I made a mistake.” I would get drunk and send strongly-worded Facebook messages criticizing him, asking why he ever said he loved me when he obviously didn’t.

My bartenders got used to seeing me sit on the stool closest to the door, head down, crying on the counter top. They banned him from the bar. But one thing he said during the course of the breakup stuck with me. He said that he felt I would give up anything for the person that I loved. That I’d give up what was best for me, that I’d stay in one place.

So I did the only thing any semi-rational 21-year-old would do. I bought a 1-way ticket to Paris, France, and vowed to show the world that I’d never stay anywhere for anybody. I could live my own life.

Before the trip, the friend I was meant to stay with cancelled on me. But I continued on undeterred. Clearly not thinking ahead, I sold most of my possessions and trashed the rest of them.

To Paris, I brought only one suitcase filled with clothing, and a ratty brown notebook. I promised myself that, while abroad, I would quit the drinking and the partying. I wanted to not only address the breakup but exorcise the demons that I had been struggling with throughout.

When I got to the city, I moved my suitcase into an apartment rented by a friend’s sister. I didn’t have a key, and the door locked automatically. So whenever I left the apartment for the day, I needed to time it perfectly.

Each morning, I’d write a list in my notebook of all of the sights that I wanted to see that day. I used a metro app on my iPhone to calculate my routes, and would meticulously scrawl those down in my notebook as well.

Any missed step, or messy writing, could send me off in the wrong direction, wandering the Paris streets with no idea of how to ask for directions. What was I even looking for, anyways? Maybe the exploration would be good for me.

I walked along the Seine, through the deep depths of the Louvre, and amidst the futuristic Cité des Sciences et de l’industrie. I ate a fresh baguette on the lawn in front of the Eiffel Tower, and stood in the gladiator arena of Les Arènes de Lutèce, feeling as though I was immersed in the history of the city.

During this time, I didn’t drink. I kept my promise to myself. But each and every day grew harder, the events of the breakup heavy on my soul. I was in this new city, experiencing a new and unique culture, and still felt numbingly alone.

Everything changed the first time I walked into Le Jardin des Tuileries (the Tuileries Garden). Lined with tall trees, the initial walkway made me feel comforted, as though I was surrounded by strength and beauty.

The air smelled fresh and clean. Even though it was raining slightly, I clutched my notebook to my chest and sat on one of the benches, just taking everything in. The garden is beautifully laid out, brightly colored flowers amid green brush; trees stretching towards the sky; ponds and gurgling fountains surrounded by chairs; and statues spread across the entirety of the garden.

Towards the back of the garden was the Fête des Tuileries, a carnival-like event with rides, flashing lights, and the smell of salt and sugar permeating the air.

One sculpture, in particular, spoke to me. It was a larger woman sculpted in black. She stood, unabashedly naked, in her own section of the garden. The rain dripped down the sculpture, making it glisten.

Strength, confidence, self-care, beauty – all of that emanated from her, almost as though she was speaking directly to me.

For the first time in months, I felt a familiar tingle inside of me, that of words coming to life. When it comes to my writing, many have questioned why, during a bout of writer’s block, I don’t just sit down and scribble until the right words come to me.

But I’ve always been somewhat of a purist in that regard. I want my words to be authentic. Up until that point in my journey, they never were. That day I sat on a pink plastic chair and watched her and wrote, hunched over my notebook to protect it from the sprays of rain.

By the time I managed to extract myself, I was soaked to the bone. Tears ran from my eyes and dripped down my face. For so long, I had felt so weak, so unprotected against the world.

During my 10 days in Paris, I frequented the garden, but also visited many others. In the Jardin de Reuilly, I broke down in tears on a bench. Hidden from view by the plumes of multi-colored flowers and tan statues, I sobbed until I felt as though I might cave in on myself. When I was done, I flipped open my notebook and wrote. My poem, “The Tequila Diaries,” was later published by Wilderness House Literary Review.

It was cathartic, but also allowed me to examine my troubles in a place where I felt alone, but so connected with the world around me. Solo travel made me face myself, the person who I spent so long running from. It made me recognize my flaws, while also understanding that those were not always at fault for what went wrong in the world. Some days, sometimes, I just needed to cut myself a break.

I emerged from the trip with no money, a suitcase full of wet clothes, and a notebook full of new dreams. Perhaps I was the same person that I had been at the beginning, but I felt as though I had experienced a rebirth.

The streets of Paris are not always kind; neither is travel as a whole. The refrain, “Whatever can go wrong, will go wrong,” rings immeasurably true.

But the Parisian gardens, sprinkled across the various arrondisements, let me enter into a more natural world, a state where my voice was allowed to shine through the darkness holding me back. For that, Paris will always hold a special spot in my memories.

If you would like to Earn Income while traveling and living an EPIC Lifestyle wherever there is Wi-Fi, Read More About It HERE. 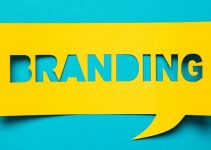 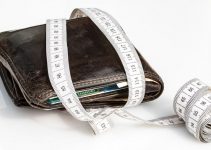