Home
Everything Entrepreneur
What Happened To Agel Enterprises

People are asking, What Happened to Agel Enterprises? It seems the MLM company Agel Enterprises is going through changes. Agel is a network marketing company based out of Utah and was founded in 2005.

Agel Enterprises is a network marketing company that offers a variety of products, but their most important product uses Suspension Gel Technology, which is a gel that encapsulates natural ingredients which can be orally used or topically used.

Looking into the company further, I found the company Agel Enterprises has many different lines of product, from skincare to the nutritional gels.

Usually a company like Agel Enterprises that has many different products have to compete with other companies that have specialized more extensively in that product niche.

Example: The business Agel Enterprises has a skincare product that has to compete with Avon and Amway, who spend millions of dollars and have specific labs dedicated to advanced skin research.

In fact, Agel rival Avon just had a breakthrough at their Avon Skincare Institute.

Two of their scientists, who are devoted to skincare evolution at Avon, have unveiled a big piece of the skincare puzzle recently. That spells bad news for the company Agel.

Too many skincare products on the market dilutes the market.

Also, Agel Enterprises is an expensive MLM company to join. Their product is close to $1,000 if you join as an Agel distributor. I may be wrong, but this is what I have seen in reports on the company Agel. 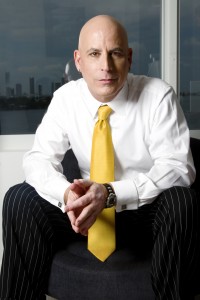 He has been with Agel MLM since the beginning. Randy consistently makes over $1 million a year in network marketing and has authored numerous New York Times Best Selling books, including Risky is the New Safe.

This is a huge red flag for the MLM company Agel. If a successful MLM icon like Randy Gage left Agel then that spells financial trouble.

The most common signal that an MLM company like Agel is in trouble is when they are late on paying their distributors.

Randy leaving Agel will have serious implications; one, other distributors in Randy’s organization will follow because they look up to him, and two, Agel will be recognized now as not making payments, which will hurt the overall situation of the company. People will leave Agel Enterprise in droves if Agel does not act fast.

Update: What Happened To Agel Enterprises

JRJR has been very successful in the last year, with revenue up 40% to almost 140 million in 2015, by purchasing troubled Direct Selling companies.

Founder John Rochon Jr., states that these struggling MLM companies like Agel that are acquired retain their compensation structure, products and other aspects of the original business.

JRJR has also improved the supply chain of Agel Enterprises into their 40 markets and has added a new product line called Caspi.

With this news, I feel more confident in the stability in Agel Enterprises. Although, things still seem uncertain for the company Agel. We will see what happens in the next year or so with Agel. . .

There have been recent reports that MLM parent company JRJR filed for bankruptcy and that Agel is in flux as a business entity.

The New Paradigm for MLM

They are also very affordable for people who have never made any money before in MLM and who want another chance with an entry-level MLM success venture after Agel Enterprises went bankrupt.

They have all the tools that ex-Agel MLM distributors need to build a successful MLM company, including awesome capture pages, automated email system that helps distributors upgrade their prospects, and they even offer fresh, interviewed MLM leads right in your back office.

If you want to run a successful network marketing business like Agel Enterprises was, make sure your MLM company has these top tier tools! Learn from the rise and fall of Agel and JRJR33 to improve your own MLM business.