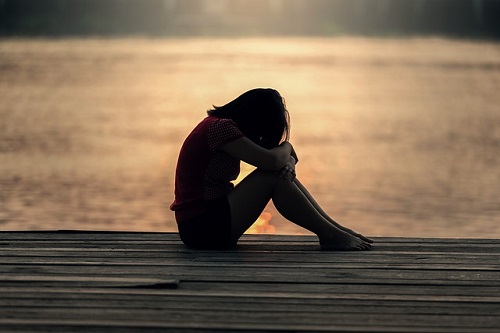 Halfway through my PhD, the summer before I turned 30, I was accepted to travel from my home in Chicago to an international biology conference in Manchester, England.

For years I’d been working long days, most weekends, and taking limited time off from working in a laboratory in hopes of becoming the best scientist I could be. Entirely focused on my studies, I was single for 4 years prior to that summer. With science going well, I decided I couldn’t keep letting life pass me by – I needed to jump back into the dating pool.

Sweating a little, I downloaded the newest dating application to my smartphone and hoped for the best. I was happy and stable alone, and didn’t expect much from modern dating.

The first match I agreed to go out with seemed friendly and harmless, a friend of a friend who’d just moved to town from down south. To my surprise, our first date by the lake in Chicago passed easily. He was my age, very tall, with a handsome face and a slight southern drawl.

He was much cuter than his pictures. We both read books and played music. We kissed in Millenium Park during sunset and walked to the train together. Was it really that easy? Why did everyone complain about online dating? This was going great.

All summer after, we went to local concerts together, watched movies, made dinners, rode around on his moped, and danced all night at a friend’s wedding. The relationship didn’t seem to be moving too fast to too slow, just an easy, metered pace.

After all my years of solitude, the company alone was a comfort. As the Manchester conference approached at the end of summer, we were both excited to travel. In high school, he’d played guitar in a band that became famous.

This summer, they were reuniting, and while I was traveling abroad, he’d be touring the US playing to sold out venues with his famous friends. We’d both be having our own adventures.

The night before I left for Europe, we ate dinner, walked around the neighborhood swapping childhood stories, and had a beer at local bar. We’d been dating for four months.

Nothing seemed amiss. I hand-sewed him a travel pillow for his trip, kissed him, and said bon voyage. I was focused on the scholarly trip ahead and seeing places I’d never been.

For almost a year the trip had been planned out in detail. I would travel from Chicago to Berlin for a week to stay with a dear friend who was DJing a music festival in Neukölln.

From there, I’d take a small plane to England and spend the week immersed in the newest science from brilliant people who studied exactly what I studied. Then, I’d finish out the trip in Ireland, my family’s country of origin, a place I’d always felt a strong connection to from afar, but had never seen with my own eyes. Boarding the plane to Berlin, I felt lucky and full of hope.

I’ve always been a lover of art and urban landscapes, and Berlin was like nothing I’d ever seen before. The friend I was visiting is a world expert in soul music. Venues fly him from country to country to play obscure soul records all night at clubs.

His DJ shifts started at midnight, so he would sleep during the day while I explored the beautiful streets of Berlin during the day. I reveled in Berlin’s strong coffee, honeyed pastries, street fashion, and the layers of graffiti that covered the streets.

Still, walking alone, through the beautiful Tempelhof airport, now converted to a vast park, I felt mild pangs of loneliness. “It’s wonderful here!” I texted my boyfriend paragraphs of descriptions of Berlin, accompanied by light-hearted kissing emojis, and a selfie video of me on the balcony of the hotel. “Cool, glad you’re having fun.” He replied, two days later. I received the response while walking in Berlin’s Thai Park, where dozens of cooks gather to cook delicious thai food for ravenous tourists. Suddenly, I wasn’t hungry. The terse flatness of his reply made me feel deflated.

I rationalized that he was busy with tour preparations, and I was focused on the academic task ahead in England. Still, in the wee hours of the morning that night in Berlin, watching my friend expertly DJ upbeat soul to hip German teens in a darkened nightclub, I had a bad feeling in my stomach.

The next day, I fly to Manchester, and was immediately drawn into my new surroundings. Though not as aesthetically pleasing as the streets of Berlin, Manchester was interesting, with intricate inner cobblestone streets, and double-decker buses that would nearly take pedestrians out as they rounded quickly, cutting curves.

Manchester’s weather was grey, and the conference, while intellectually stimulating, wasn’t as distracting from my emotional unease as the sites of Berlin had been.

For long days inside the large auditorium, I had to force myself to focus on the research being presented, and not my impending heartache. Something wasn’t right.

My boyfriend’s text message replies had gone from terse and flat, to one word answers, to nonexistent. He was on his big rock star tour now, and I was certain he was ignoring me.

He was definitely alive and well, since he was being tagged in other girl’s photos from the tour. Yet, he didn’t “like” my charming travel posts on social media, When I couldn’t prevent myself from thinking about the situation at hand, my mind felt like it was on fire with awful questions.

Was he romancing with someone else on the tour? Who was she? Which one of the endless pretty girls in his pictures was the other woman? Was he having fun, getting drunk, feeling famous, guitar solo-ing in front of screaming fans while my inner hurt prevented me from fully enjoying the trip I’d looked forward to for months and months before ever meeting him?

And why, at 30 years old, would someone do this to someone else? Prideful, I resigned that I would not text him until he texted me first. I would hold out and not appear as sad, desperate, and resentful as I had become.

A scientific colleague asked me to dance at the banquet the last night of the conference, and followed me from bar to bar during the after party celebrations.

Exhausted, I politely declined his warm attention and retired to my hotel early. I fell asleep after tossing and turning, forcing myself not to send an emotional, angry text to my absentee boyfriend.

When I arrived to Ireland on the plane, a place I’d dreamed of going my entire life, I was a wreck of anxiety and nerves, inside.

The travel selfies I posted on Instagram made me look carefree and confidence. Inside, my ego was bruised. More than a week had passed without hearing from my boyfriend, and I was certain he was ghosting me.

I’d had friends who had been ghosted by lovers or casual partners, where they were just shut out in the cold without any communication, instead of being outright dumped.

I was always shocked by their stories, but inwardly certain that I was such a good judge of character I could never fall victim to a Ghoster. Plus, I was nearly in my 30s, and people my age are usually more mature and communicative – or so I thought.

I spent a somber evening in Dublin walking in the light, drizzling rain and gray sunset. I wandered to the sea along the Liffey listening to “How to Disappear Completely,” by Radiohead. Thom Yorke’s voice drawled, “I walk through walls / I float down the Liffey / I’m not here / this isn’t happening.” Everyone along the walk seemed to have someone by their side to talk to; I was the only lonesome traveler at dusk.

Alone, I ate impeccable soda bread, lamb stew, and drank Guinness in the oldest bar in Dublin, The Brazen Head, a favorite of famed writer James Joyce. In my depressive state, the food was tasteless.

I saw an independent film in a Dublin art house theater about a young, desperate Irish woman who pays someone to be her date to a friend’s wedding.

The rest of the theater crowd would often erupt in laughter at certain scenes, while I’d remain silent. I didn’t get the joke.

Falling asleep that night, I was certain that my boyfriend and I were history, and that I had been classically ghosted on my long-awaited, well-earned trip. I was heartbroken and confused.

To add to it all, I was ashamed of how the ego slight had affected me. Here I was, a grown woman with a career, being paid to travel abroad to study, and rejection had turned all of my emotions totally grim and hopeless. I didn’t love him, so why was I so distraught?

The next morning, I drifted in and out of sleep on the bus all the way to Galway, the small tourist paradise on the other side of the country.

The grass was deep, living green and dotted with plump, wooly sheep, cows, and horses. Deep slate-gray stone walls snaked across the landscape. The land was deeply beautiful, with a touch of sadness, resonating with my inner emotional landscape.

The bus stopped at striking, historical sites on the way to Galway. I stared breathless, in awe of the Cliffs of Moher, nearly blown horizontal by the strength of the wind. The place seems to exist outside of time, a true marvel of nature.

At the Burren, an endless pavement of glacial-era limestone splayed out in all directions. I felt like I was walking on the moon. When we got to Galway, I settled into a cozy Air B’n’b and went for a walk along the bay underneath the late summer moon.

Dozens upon dozens of white swans floated along the bay, next to the ocean, their long necks curled under their bodies in the black water, like a fleet of angels. A stout rainbow stretched from the clouds out on the sea into the water, like something out of a postcard.

Rainbow in the background, I took more selfies. When I realized I was genuinely smiling, not faking it, like before, warm relief washed over me. I was thousands of miles from home, enjoying unprecedented natural beauty, and my own hard work had gotten me there. No cruel rejection could take that away from me. I knew I would be okay. 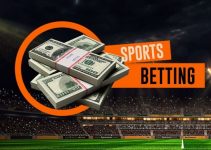