Before defining mobile app development in a simple way, we better start from the basics and clear out the differences between websites and web apps, which are similar to mobile apps.

In simple words, a website is a set of related web pages filled with information under a single domain address (name). Its main characteristic is that a website is mainly informational, it might have some user interaction but to a limited extent. To give a clear example of a limited interaction, let’s pretend we are on a blog. What can we do on a website’s blog? Search information, go from one page to the other, subscribe or share in social media. That is the most interaction a regular website has with a user. On the other hand, a web application implies a lot of user interaction in order to see something happen on the page. A web app may also be considered informational but in a way in which the user can control how he or she consumes the information. This interaction doesn’t have to be very specific or detailed but it provides different options for the user to customize, adjust or analyze the data provided on the page. There are also hybrid websites, which have both a website (informational) and a web app (custom user interaction) in a single domain address and sometimes gets really hard to differentiate between them.

After making these concepts clear, we can start going towards the definition of mobile app development.

Mobile app development can be very similar to web app development and sometimes, within the IT sector, both are contrasted with each other. The main difference between them is the native programming language. For web apps, developers use programming languages such as Ruby on Rails, PHP, Node.js, JavaScript, etc. On the other hand, native mobile apps are mainly programed in Objective-C or Swift (iOS) or Android (Java) and are made for a particular mobile operating system (iOS or Android), while web apps are supposed to run on all modern day devices (computers, cell phones, tablets, etc.). In an attempt to close this gap, we can develop hybrid apps in Cordova that use a single code base to run in several different platforms including: iOS, Android, Windows Phone, Blackberry, web browsers, FireOS, etc.

Another way web apps and mobile apps are different is that each of them are designed to perform and solve issues in different ways when running in different environments such as web browsers or mobile phones. For example, you may have a web app written in Ruby on Rails that records students personal information in order to track their progress through the school year and you may have a mobile app that you use to collect information and send it to the web app via API endpoints. Here, we are not interested in having a lot of functionality on the mobile app because it’s mainly a way for teachers to input the data that will be saved in the database for later analysis on the computer. In addition, teachers could retrieve live data from the database via the API in order to check information about a particular student.

In order to conclude this explanation, we are going to simply define a mobile app as a software designed specifically to perform explicit tasks in mobile devices.

So, what is Android mobile development?

After all these clarifications we can say that android mobile development is the creation of software specifically designed to work on wireless devices such as smartphones, tablets, smart clocks, etc. to accomplish specific tasks in an operating system called Android.

As said before, android apps are written in the Java programming language but is also possible to program in C and C++ using the Android native development Kit (NDK).

Recently, there was an introduction of a secondary “official” Java language called Kotlin that is very similar to the original but easier to understand and process.

We have significant experience in mobile app development (both native and hybrid). We will help you develop your idea, starting from requirements gathering and going all the way to publishing your app on the app stores! It is time to get your mobile apps developed, optimized, and downloaded by millions of customers around the world! It’s time to hire a top developer now or miss out on the opportunity forever. 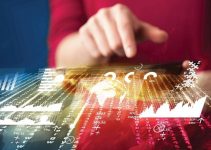