Home
Everything Entrepreneur
What’s the Difference Between Indica and Sativa Strains?

Maybe you are an avid pot smoker. Perhaps you’re new to cannabis consumption. Either way, you’re probably at least a little bit familiar with the terms indica and sativa strains of marijuana.

These are two of the most popular cannabis categories. For centuries these terms described the different “strains” of marijuana.

These different marijuana strains have fueled all kinds of debates and theories. Hybrid strains that combine the two types of weed are also a recent hot topic. Everyone from botanists and biologists to sellers and customers has their own ideas about the indica vs. sativa debate.

But what’s the actual truth about the most potent pot? What’s the difference between indica and sativa strains? And do these cannabis strain differences actually matter when smoking weed or consuming edibles?

The History of the Different Strains

The terms indica and sativa have been around cannabis communities since the mid-1700s. These terms originated in botanical spaces, where they are still regularly used.

Carl Linnaeus, a Swedish botanist, first coined the term “Cannabis sativa” in 1753. He used it in his work Species Plantarum to describe the psychoactive plant. The term described the narrow-leafed, light green cannabis plants that Linnaeus had observed.

And so, the two distinct species of cannabis were born.

Russian botanist Dmitrij Janischewsky identified a third strain in 1930. He classified this strain differently, though. He based his classification on the plant’s flowering period, not its physical appearance.

This third classification is hardly used in the cannabis community anymore. Botanists were never able to agree upon a distinct taxonomy for the strain. So, the widespread use of the term died down.

In the 1970s, though, C. ruderalis was still considered a valid strain. American biologists Loran Anderson and Richard E. Schultes argued in favor of the strain.

But, their distinction focused on cannabinoid content. They hardly paid much attention to the flowering period or physical appearance.

Today, there is still an ongoing discussion about the distinction between cannabis strains. Most botanists agree that indica and sativa are both distinct strains. They also agree that they are naturally-occurring.

Cannabis ruderalis is hardly mentioned. This is because botanists have never been able to agree on its validity.

The conversation has become more layered, as well. Consideration of cannabinoid content has changed the way we view cannabis. The discovery of terpenes has also shaken things up.

Cannabinoids and terpenes can lead to more customized strains. This means that cannabis flowers have become almost as distinct as people.

The indica and sativa categories are more useful for botanists than pharmacologists. It is difficult to say if different strains can actually affect the body. Scientists have found no real distinction between the strains on a molecular level.

Additionally, every person reacts to cannabis differently. You and a friend may have completely different reactions to the same strain. This is because everyone’s endocannabinoid system is different.

But, dispensaries and breeders still use this classification system. It may have some inaccuracies, but it is still the best and only system available.

There’s no regulatory body to determine classifications. The indica and sativa system is the clearest one we have. So, it’s the one we use.

What’s the Difference Between Indica and Sativa?

Currently, the real difference between indica and sativa is really only observed by cannabis cultivators. The main differences lie in their physical appearance.

Indica plants are short plants that grow best in cold climates with short growing seasons. They have wide, dark-green leaves and thick stems.

Sativa plants, on the other hand, have thin, light-green leaves. They are much taller plants and grow best in warmer climates with long growing seasons.

Cultivators have begun crossbreeding strains at an increasing rate. In the last 50 years, especially, hybrid strains have become the norm. In fact, there is virtually no such thing as a true indica or a true sativa today.

Generally, your cultivator or dispensary will classify strains based on which breed is dominant. Still, though, you’re likely to have a little bit of both indica and sativa in every flower.

The Distinct Effects Of Indica and Sativa

The differing effects of indica and sativa have been a hotly debated topic for quite some time. There is still controversy surrounding what it means for a plant to be “sativa-like” or “indica-like.”

Many experts believe there is no actual difference in the effect a strain can have. This is especially true with genetic modification, cannabinoids, and terpenes come into play.

But, the effects of certain strains are still classified as having distinctly “sativa” or distinctly “indica” characteristics. This can be a useful distinction when shopping for cannabis.

However, it is essential to note that these terms don’t actually denote the plant’s heritage. Instead, they’re used to describe certain types of bodily effects.

The Effects of Indica

Cannabis indica is considered the more relaxing strain of the two. It can provide a sedating, full-bodied high. Generally, those who smoke Indica describe a more “stoney” feeling high.

Indica works largely on the body. It causes what is known as a “body high.” Indica is great for relaxation but can lead to couch-lock.

The Effects of Sativa

Cannabis sativa is considered the more energizing strain. It can cause a cerebral, heady, and uplifting high. Generally, sativa smokers describe feeling more alert or creative.

Sativa mainly affects the mind. It causes what is known as a “mind high.” Many enjoying using sativa for active, creative work.

It is important to note that everybody is different. You may react differently to strains than advertised. No two people will react to cannabis in the same way.

The Effects of Hybrids

Hybrids are a combination of the two strains. They can be indica-dominant or sativa-dominant. Still, though, they contain traces of each different species.

Today, hybrids are more commonly used than ever before. In fact, almost all strains are considered some hybrid.

It’s also becoming more common-place to see strains actually being described as a hybrid. This can be both positive and negative.

On the one hand, categories are not as clear anymore. The line between strains is often blurred. On the other hand, you get a more accurate view of the high you can expect.

Budtenders tend to favor hybrids. This is thanks to the specialized flavors, aromas, and effects of hybrids.

No matter what you’re smoking, it can take some time to find the right strain for you. You’ll have to do some trial and error. This will help you learn how your body responds to different cannabinoid contents.

Your retailer can usually help you find the ideal strain for you.

The indica vs. sativa debate is indeed a bit outdated. If that’s true, how do you know what to expect from your high?

Every different cannabis strain produces a different effect on your body. These effects also vary based on your own bodily chemistry. In truth, there is no sure-fire way to predict how cannabis will affect you.

But, there are ways to more accurately predict how you’ll be affected by a particular strain. You can do this by looking at the cannabinoids and terpenes of a strain.

Cannabinoids and terpenes are two components of the cannabis plant. They work together to give each strain its unique aroma and flavor profile. They are also a major factor in determining the effect a strain will have on the body.

You’ve probably heard of the two most popular cannabinoids. These are THC and CBD. While there are hundreds more in each plant, these two are the major determinant of a flower’s effect. You can take a peek at some other promising cannabinoids online.

Plants also contain dozens of different terpenes. These mainly affect the aroma and flavor of the plant. You don’t need to know them all, but being familiar with a few can help you find your favorite strains.

The Effects of THC-Dominant Strains

The cannabinoid THC is what gives cannabis plants their psychoactive effects. THC is the part of the plant that actually causes a bodily high.

Recreational users typically seek out strains with high-THC content. These potent strains are some of the most popular for adult cannabis use.

The higher the THC content of a strain, the more psychoactive effects it will have. This means you’ll get more high. But, it also means that high-THC plants can have more psychological side-effects, like anxiety.

For new smokers, you may want to start with lower-THC content strains. These can help you ease into cannabis consumption until you build up a higher tolerance. It also helps lessen the chances of negative side-effects.

The Effects of CBD-Dominant Strains

CBD has become increasingly popular over the last few years. Many non-smokers are utilizing the calming effects of CBD.

Thanks to its therapeutic benefits, CBD has become a popular choice. It also causes no psychoactive effects. This allows you to avoid getting high but still receive the calming benefits of cannabis.

CBD also comes in many different forms. These include oils, gummies, and even different kinds of coffee! Additionally, CBD is mostly legal to consume in all 50 states.

The Effects of Hybrid Strains

For casual cannabis users, the best strains are a happy medium. When you find the perfect balance between THC and CBD, you achieve the best high possible.

Combining both CBD and THC can have a calming effect. CBD is known as THC’s “babysitter.” This way, you can get high without having to worry as much about side-effects like anxiety or paranoia.

To further customize your cannabis consumption, consider learning more about terpenes. Terpenes are responsible for creating different flavors and aromas in cannabis plants.

Terpenes are basically like essential oils. In fact, all plants contain terpenes. This is what gives fruit their flavors and flowers their smell.

You can work with your retailer to learn more about the different terpenes in each strain. You’ll likely find that you’re partial to certain ones.

Terpenes commonly found in cannabis are also found elsewhere in nature. Some common terpenes you may come across include:

Terpenes can also have a slight effect on bodily sensation. While not psychoactive, they can still have some slight mood-altering ability. Linalool, for example, is said to have a relaxing effect.

In truth, cannabis comes in an almost endless variety. You’ll likely have to play around for a while before you find your perfect strain of pot.

But, now you know the answer to the question, “What’s the difference between indica and sativa?” This will help you make an informed decision about which cannabis strain could be right for you.

Besides, the trial and error process can be a lot of fun, so don’t strain yourself! Play around with different strains, terpene, and cannabinoid combinations. Your retailer can help you find the perfect strain of weed.

You can view more tips and information on our Health and Lifestyle sections. We publish a wide variety of helpful articles on hemp, cannabis, CBD oil, ayahuasca, vaping, kratom, and much more! 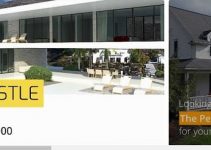